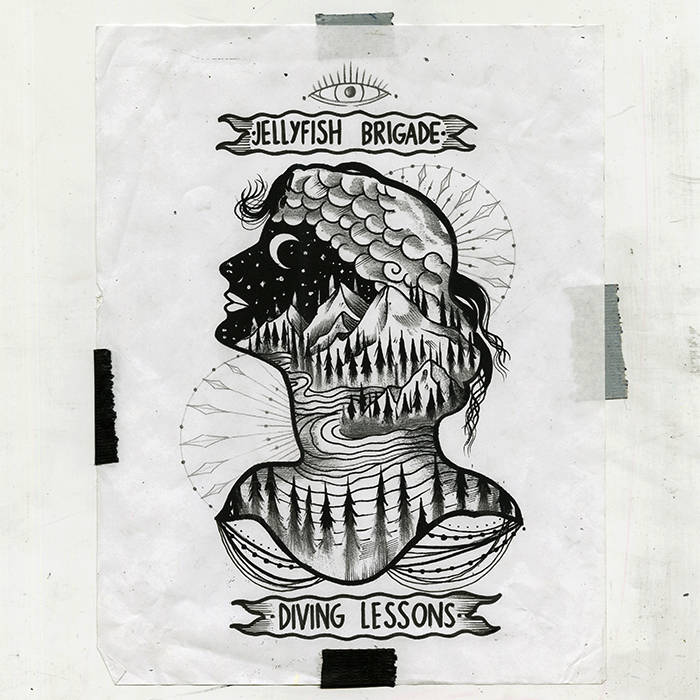 I'd always told Jeff I wanted to do a song to this instrumental from his EP "This is So You". He repeatedly told me no, with good reason. I wanted to try and make an R&B song, and I had never made one before. Why would he let me ruin one of his great creations?

Then, about four years ago, the lady I was in love with at the time and I were going through some thangs. She bounced for a little bit, and it was very uncertain whether we would still be together upon her return. I did a poor job of handling the situation. I got too drunk, started smoking cigarettes again, couldn't eat, couldn't sleep, and mourned the loss like it was already certain.

One day, I decided I was going to lock myself in the Hives Colony studio, take a beat, and write and record a song in one session. I found "Gust" and thought to myself, "F*** it." I spent about 14 hours in the studio and didn't leave until the whole song was done. Two days later, I late night stumbled over to Jeff's house to complain about my situation. It was then I told him to come check out the song. Jeff hated it immediately.

I eventually got him to come around to the idea of this song existing. He liked the emotion of the song, but wasn't a big fan of the recording. We tried to re-record this track a couple times since, yet I couldn't quite get back in the same emotional headspace. The singing would sound better, but the pain that made the initial take so good was gone. We ended up completely scrapping the song.

Then, this summer, I spent some time searching around Gavin's old computer, and I found the original recording files for this song. I sent them off to the homey Wesley Opus to see what he could do with them. Two days later I got a mix and master back.

I love it. This is one of my favorite Jellyfish Brigade songs for two reasons. 1) Sonically, it's a song unlike any I've ever made before and probably unlike any I'll ever make again. I bump this song and think, "I can't believe that's me doing all this singing." 2) It's definitely one of the most raw emotional experiences I've ever been in while creating music. Normally, I wait until an experience is over to write a song. I thrive in the reflect stage, mainly because I am able to recognize extreme feelings as transient bursts. This is why most of our songs have a "Yeah, it's hard, but you get through it because that's just what happens" vibe to them. However, this particular song is uncertain, anxious, and unabashedly afraid. There's no "form a better me" or "cherish all the time that I spend" lesson at the end, which is cool.

So, here is "Gust". Enjoy the track. Bump it. Share it. Download it. I promise it's the last song you'll ever hear about this particular woman.

Thanks to everyone who has supported us in the past few years. It means a lot to us. Keep your eye on the zenith.
Peace and be easy.

Diving Lessons
06.24.2014
jellyfishbrigade@gmail.com for booking, love letters and existential inquiries about the nature of the universe.