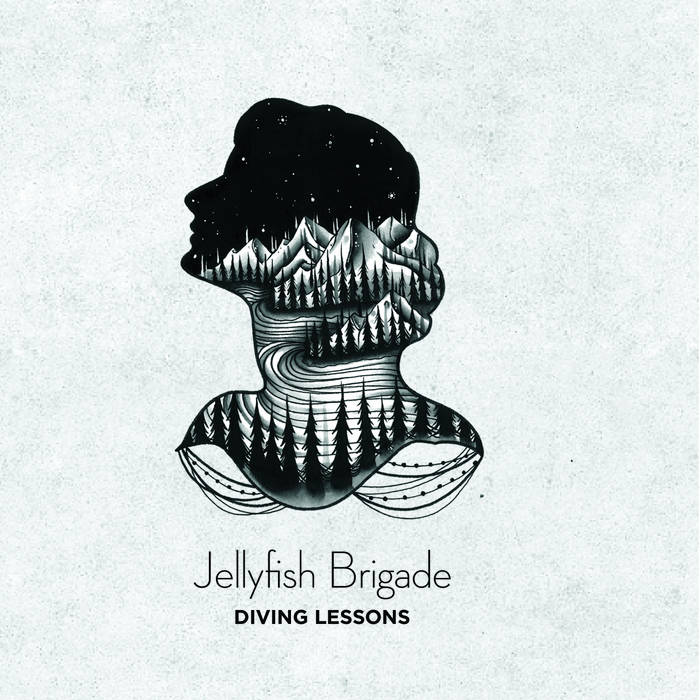 Wil Nieves This album makes me glad to be alive. Favorite track: If I Were a King.

Portland hip-hop duo Jellyfish Brigade is teaming up with Minneapolis collective Polkadot Mayhem to release their debut full-length album, Diving Lessons, on Tuesday, June 24th, 2014. The album will be available as a “pay what you want” digital release at www.jellyfishbrigade.com. An interactive website complete with videos, pictures, lyrics, and a treasure map will be available at www.JFBxPDM.com where the more engaged listener can forage to find the settings of these songs.

Diving Lessons details a two-year period in emcee Lucas Dix’s life that began as his best friend, Gavin Theory, was diagnosed with terminal cancer. Theory and Dix began making music together as Hives Inquiry Squad in high school and moved to Portland from Wisconsin to pursue their artistic endeavors. Around the same time his best friend was diagnosed, Dix met a woman who introduced him to many of the scenic places Oregon is known for: the Cascade Mountain Range, Mt. Hood, the Columbia River Gorge, and the Pacific Ocean. These places, this new love, and the difficulties in supporting a dying friend set the backdrop, theme, and plot for the new Jellyfish Brigade album.

Producer Jeffrey Acciaioli (aka The Great Mundane) provides the soundtrack for Dix’s self-exploration with melodic, electronic beats that are sometimes as playful as a sunny day on the river. Other times, they are dark as a midnight hike through mountain fog. Dix’s stories describe the supernatural as normal and the ordinary as magical--detailing times of growth, happiness and hardship. Together, the duo created a debut album of hip hop songs with catchy, R&B infused hooks that explore the process of finding yourself while losing the people closest to you.